Summertime is the official season of vacations and low budget independent film making, so it's time to get out there and make movie magic. Since I'm not working a film of my own this year I pitched in for a couple of days on Luke Ramer's horror/psychedelic weirdness movie, Under the Rainbow. Luke started this movie last Summer but as anybody who has attempted movie making will attest some times things can take a while to get finished.


This time out I took on the role of set dresser as well as grip and gaffer (there wasn't a lot of lighting to be done, the shoot taking place outside in daylight). After I set-up any gear for that I was responsible for, jib and light control and the set design was in place, I had free time to take still photos. I posted the whole set on Flickr here:
http://www.flickr.com/photos/45493319@N02/sets/72157624485658001/
Many of the actors who performed in The Secret Door are working on Luke's film, so it was good to see the old gang again. 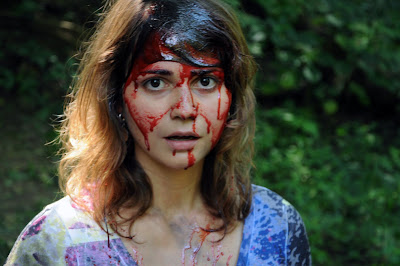 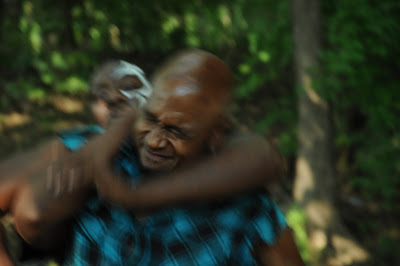 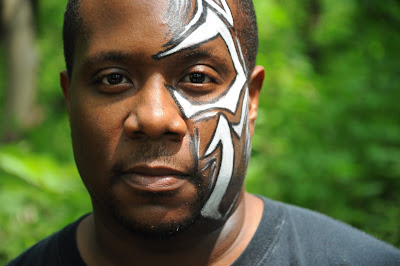 Some of my handiwork.
Shooting on 7/27 focused on events that occur around a makeshift "campsite". Give the materials that were available I made this peachy tent out of bedspreads and rope. 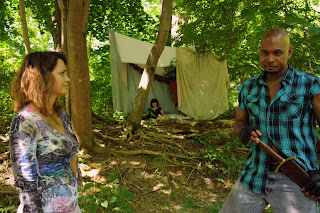 A rare and wonderful event is going to happen this September.  Like the migration of butterflies or some other equally impressive sight of majestic natural beauty, The Secret Door will screen at an honest-to-god real film festival. 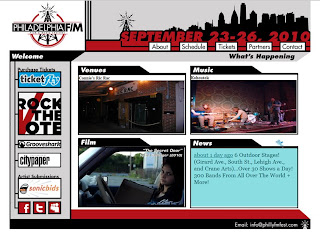 I don't have much in the way of details yet but our film is on their webpage, so there is evidence that I did not just dream this in withered state of alcohol induced delirium.
Find out more at these links
http://www.phillyfmfest.com/
http://www.facebook.com/PhillyFMFestival